Strange isn’t it….I’m not even sure how long we’ve been in lockdown but it’s turned into ‘normal’. I’ve wracked my brain for when I last went on the village bus, last went on a train, last met up and gave my nurse daughter a hug…and I simply don’t remember………this strange ‘normal’ having become my new normal…..

At the beginning of all this I was in a flap about ‘the end’ – what abilities I might have lost. Well that fear is still there, but in a strange way, the detail is slowly disappearing. I fear not being able to travel on my own once we’re back to ‘normal’ but I can’t remember what else I feared, which is rather nice and calming. Of course, it will all reappear with a vengeance when I come across each activity one by one and wonder what on earth to do but for now it’s quite relaxing not knowing what I might have forgotten how to do.

Now the days just roll into one. Doesn’t matter what day it is because today is probably the same as yesterday….I went to the village shop on Monday for some bread and couldn’t understand why the shelves were empty until the young man behind the counter said “Bank Holiday weekend”….to me, it was just ‘today’……..

Nature and observation have always played an important part in my life, especially in bad times, and now I feel I have more time to notice, see more detail. 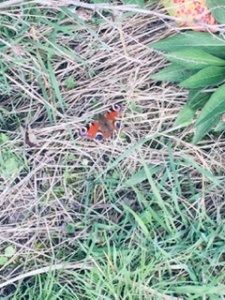 My daily trundle around the village spent looking for new detail to photograph…although whether it is actually ‘new’, who knows but it makes my day to find, what I think, is new…..even though I may have seen it before…I’m loving discovering new Public Footpath signs and wondering down them to see where they lead….

People in the village have been so kind in sending me maps of new village walks to trundle along, as long as I post the piccies at the end 😂 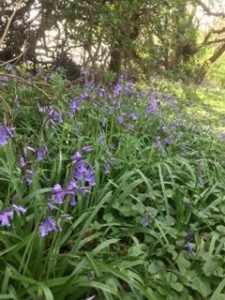 Our own world is definitely getting smaller as we’re confined to the area we live, but I find that rather comforting sometimes, but then I am very lucky living where I live, in beautiful countryside. For me, it would be a nightmare if I lived in a flat without no outdoor space. However, the lack of stimulation is a worry. I’m strangely content most of the time with the lack of having to think, having ‘to do’, but is that dementia making me feel comfortable?🤔

I realise many playmates are dealing with this time in different ways but this is how it’s affecting me. When the ‘old normal’ returns…that’s when the strangeness and stress will reappear all over again….but for now, I’ll try and enjoy this smaller world and worry about the world outside when we’re allowed to venture further afield…..