Dementia has taught me so much, about stigma, about expectation but also about society itself……a heavy topic you may think! So here begineth a long ramble but please read….

When I was diagnosed I was suddenly labelled……and we’re labelled all throughout life.

This current label made me realise how I’ve rarely conformed to the labels society has thrust upon me throughout along the way. I’ve never conformed to type so have always been seen as a bit of an odd ball, as someone once said to me 🙄. Battling labels and expectation throughout life has maybe allowed me to fight the label of dementia in the way I do?

The labels handed out to each of us creates assumptions and expectations. Take my life for example……

At 15 I was conforming….I got 8 ‘O’ levels and conveniently slotted into my label and adhered to expectation and went onto do 3 A Levels. However, this is where I started to let society down……because I was also a sports freak and in those days the two often didn’t sit comfortably within an all female school. I wasn’t expected to pass my A Levels because I concentrated so much on tennis and sport in general. So imagine their surprise when I did get 3 A levels…….

So with 3 A levels I was ‘expected’ to go to University, but that didn’t interest me. I wanted to do sport, but females of the day didn’t ‘do’ sport, so I was forced down the College route to be a PE teacher, but ‘failed’ after 18 months. The College environment wasn’t for me, even though I loved teaching.

Because I was seen as a ‘failure’, I couldn’t get a job so went into voluntary work. I was then employed in that job as, surprise, surprise, I could do the job.

Moving around the country, for a variety of reasons, I found myself unable to find a job which matched my ability because I hadn’t followed societies rules……

In the 1980’s I suddenly fitted back into society as I got married and had children. Society was comfortable with me once more as I conformed to expectation.

On becoming a single parent, the stigma label reappeared….how could you possibly give a single parent a job? – far too unreliable…..I got several cleaning jobs to avoid the benefit system and suddenly I was labelled further down the ladder for taking on that job.

My 3 A levels buried under the label …..why would anyone employ a cleaner to be a receptionist and even more a problem, I was a single parent cleaner…..horrors amongst horrors……but someone saw my potential (and has been a friend ever since) and convinced the manager that I must be organised, have certain skills and want to work…….

I climbed my way through life, batting away labels and expectation along the way. 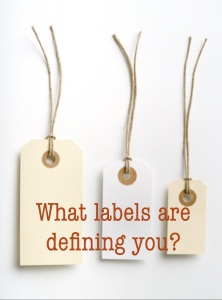 Of course, I never remarried – another case of me letting down society’s expectation. For me to be happy when single, well…. there must be something wrong with me……..

I climbed as high as I wanted in the NHS, but I refused to climb higher. I didn’t want the managerial stuff which would take me away from the job, people and nurses I loved…….not conforming once more. But this is also why I think so many people are in the wrong job. Promoted for the wrong reason with the wrong skills. Just because someone has ‘manager’ in their title doesn’t mean they have the skills to manage people. They may have years of experience and be good at their own job, but managing people requires different skills that aren’t natural to all.

And now to my current label, that of someone with dementia. In the beginning I  suddenly became invisible as that’s what people with dementia do……

The ultimate challenge to society was my book…..how could I possibly write a Sunday Times Best Seller when I have dementia?

Throughout life we find ourselves going in and out of this cycle of labelling and expectation. For some society wins and brings the person down.

Achieving great things academically labels you as worthy of a specific level of job. But academic achievement doesn’t always translate into being happy in that job. When students achieve great things academically we celebrate, we’re proud, but when their job then doesn’t match their qualification we often see them as a failure as they havn’t achieved their potential. The doctor who leaves to become a farmer is suddenly a failure for example, even though they’re very happy….
I’ve seen so many made to feel failures simply because they’ve chosen not to conform or simply, through them being unable to find a job to match their qualification have been labelled failures and have sunk.

Why don’t we simply celebrate their achievements and let them be happy in whatever job they choose?

Intelligence and Happiness are often uneasy bedfellows. Why not allow anyone to do a job they are happy doing instead of expecting people to fit into boxes according to their academic achievements, unless they wish and are lucky enough to be able to go in that direction?.
People without qualifications have achieved great things, those with high qualifications have found themselves in lesser jobs. If both are happy what does it matter?

People often find themselves in a situation that doesn’t  conform with society’s labels and expectation. So often though, the label dominates how we see those people……some labels can be positive but more often have a negative effect

‘Homeless’ masks the skills and talents once had
‘Failure’ in finding the job society expects, masks the academic intelligence………… ‘Mental Health issue‘ is seen as a weakness instead of someone strong enough to seek help……

‘Dementia’ masks the person beneath the condition

SEE THE PERSON beneath the label forced upon them…………………….you maybe surprised at the person you find…..

27 thoughts on “How Society Labels Each and Everyone of Us……..”