Some of you may know that I’ve been acting as a consultant, advising the cast of theatre production of Still Alice.

I worked closely with Sharon Small who has taken on the challenging role of Alice and Eva Pope who plays ‘Herself’.

Sharon said to me recently how one piece of advice I gave her has stuck with her and helped her enormously. During the very first rehearsals at Leeds Playhouse earlier in the year, Sharon was struggling with the decline aspect so she started to use a walking stick. But I said it looked all wrong as she depicted an ageing person. She was becoming the hunched up old woman.

Light bulb moment for Sharon and one which has stayed with her ever since.

Maybe that’s why many question our diagnosis because we’re not the right image in people’s minds? We don’t have the wrinkly hands, the sad ageing faces as often depicted in the media. We have smiley often young faces. The photographs of us all in Dementia Diaries show this clearly. Take a look:

What helped Eva, who is playing “Herself” (who shadows Alice during the play and who speaks her inner thoughts) was the conversation we had about my Inner-self. I frequently talk to my old self and ask for advice, she’s a reassuring presence for me. This helped her understand her role better.

Both actors have succeeded amazingly well but not only been due to their unquestionable acting skills but also due to the fact they listened and learned. They wanted to get it right.

So many others should take a leaf out of their book and…..watch, listen and learn? 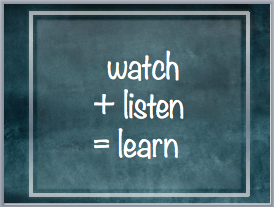 9 thoughts on “I’m not declining into an old woman……”